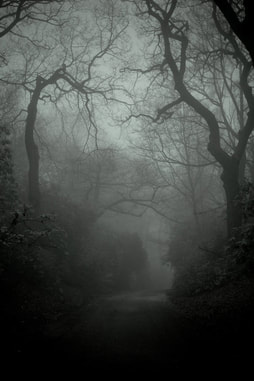 ​Happiness, if the long and prosperous history of the self-help genre is any indication, is generally considered a fundamental human aim. If we aren’t feeling it, and we aren’t striving for it, then we’re doing something wrong.

But is that really true? Is it necessary to be happy—or, hold up, let me tamp down the intensity of that verb—to even try to be happy in order to make the most of the time and the opportunities we’re given?

It’s an open question, and one I’ve always considered myself too much of a realist to ask (particularly on days when my kids seem too young, my work seems too hard, the weather seems too bad, the politics seem too ugly, and the internet seems like too deep a void). Of course I (er, you) don’t have to be happy to live a fulfilled life! Sometimes (often?), happiness is too high a bar.

And yet I can’t not notice that I’m always in an at least passive pursuit of a lifestyle shift that promises a smarter, stronger, faster, more productive, more in-the-moment, more…happier…me.

Given this gap, I turned to The Antidote: Happiness for People Who Can’t Stand Positive Thinking with curiosity. I had been researching manifestos and their connection to the can-do, imperative-voiced enthusiasm of today’s self-help books. I needed the break, and Oliver Burkeman’s critique of American-style positive thinking provided the medicine (wink [eyeroll]).

In The Antidote, Burkeman charms with a gently dry (and indubitably British) approach to analysis. Case in point: He introduces his subject while gathering intel at a popular business motivational seminar, Get Motivated! in San Antonio, Texas. There, Burkeman is swept up in Dr. Robert H. Schuller’s importation to “cut the word ‘impossible’ out of your life! Cut it out! Cut it out forever!” Then Burkeman notes, with well-timed irony, that mere months after Dr. Schuller whipped up an audience of fifteen thousand into believing that nothing—NOTHING!—was impossible, Schuller’s church, the largest church in the United States, filed for bankruptcy (“a word,” Burkeman says, that Dr. Schuller “had apparently neglected to eliminate from his vocabulary”).

Drawing on pop psychology and Pema Chodron-style Buddhism (especially the exceedingly comfortable When Things Fall Apart), Burkeman argues that trying to eliminate words like “impossible” from our vocabularies is, in fact, impossible. It does absolutely nothing to stave off associated feelings or events, and it hopelessly complicates happiness’s path.

We’re unhappy, Burkeman argues, because we’ve defined negativity as an obstacle and have single-mindedly focused on clearing our path of all impediments. Instead, we should look to the classical tenets of Stoicism and the Buddhist acceptance of egoless-ness. These paradigms teach us that there is no such thing as an easy and unhampered way.

Indeed, attempting to reject the word “impossible” and its brethren (uncertainty, insecurity…bankruptcy) is utterly futile: It simply makes their presence all the more insurmountable. We would make our way a bit easier, according to Burkeman, by getting to know—so that we can get good and comfortable with navigating—our fears, our worries, and our sadnesses.

The Antidote offers a solace uncommon in self-help: It doesn’t urge, doesn’t exhort, doesn’t try to persuade, doesn’t offer any sort of goal-setting rubric. It argues against affirmations, against a hyper-focus on what we want, on what we desire, and on what we long to accomplish. Instead, it explores the possibility that we live our happiest life when we live our fullest life. And that means recognizing failure, sadness, and even death not as invisible or as enemies, but as possible friends.

In this way, the path toward happiness in Burkeman’s book turns backwards. ​