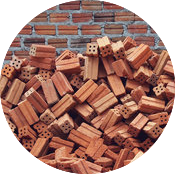 Although he may be better known for his “ 4th grade” illustration skills, Tim Urban’s essays can be energizing. Exhibit X: His recent NYT editorial, in which he offers advice on how to approach time in a (near) post-Covid future.

The editorial is based on his “depressing math” posts from 2014 and 2015. There, Urban reminds us that although we tend to think we have all the time in the world, we don’t. Even if we’re very lucky and live a very long time, the experiences that define our lives—visiting friends and family, eating pizza, reading books—are not limitless. In fact, they’re depressingly countable.

It’s gloomy. But it’s also galvanizing. When we realize that the life we (perhaps) passively live can be easily broken down into countable experiences, we can activate our agency to make different choices. Different choices can change the math, making the sum a little less depressing.

Urban here echoes Epictetus; indeed, the stoics have enjoyed a popular renaissance in Oliver Burkeman‘s and James Clear’s arguments on habit formation. Part of their message is that transformation is not the result of epiphany but the product of mundane persistence. (And persistence is most efficiently executed through habits.)

Taken together, depressing math and the procrastinator’s faulty memory can help us think about the mediating role we can play in our own lives. By intervening in the parts—whether in terms of the experiences that add up to a life, or in terms of the small steps that result in a transformative project—we can change the whole. From the perspective of the present, this kind of intervention requires a persistence that tethers it to the mundane. It’s often only from the vantage point of the future that we can see its bigger meaning. 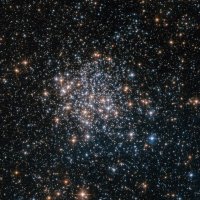 Although the American myth of meritocracy continues to crumble to smithereens, some of its fragments are worthy of consideration.

For instance, what does it mean when people who cannot succeed by virtue of their demonstrated abilities and merit, nonetheless continue to achieve? In this context (which is ours), what does success—or failure—even mean?

Success is typically communicated by signifiers of wealth, respect, or fame. It denotes achievement—which itself connotes effort—both of which confer the legitimacy collectively extended to success.

But when wealth, respect, and fame are gained without effort’s exertion, success becomes a more fragile, fluid word. It no longer refers to a meaning relatively fixed by the collective, and depends instead on the relative interpretation of a powerful few.

Failure is, or maybe was, different. Failure, denoted by lack rather than plenitude has always been fluid. We see this in the concept of failing up, where failure must be modified and fixed by its direction. The collective agrees, relatively speaking, that failure is not fixed.

To whom does it really matter if success and failure are now both fluid, relative terms? Well, for the collective seeking to award success and punish failure, it’s a problem. When we become less capable of consensus on what constitutes effort and exertion, we can no longer agree on who has won, and what, or who has lost, and how.

For the individual, however—for you—the responsibility of relativity can be a gift. Determining success and failure according to your own criteria is harder than it sounds, but it allows you to set a standard that matters to you. This is self-help at its most autonomous. Rather than reaching for a collective sense of success that appears increasingly empty, we can extend our efforts toward the kind of success toward which we want to strive. Of course, we can still fail. But, then again, we always could.

Sometimes, the most mundane habits are the most useful. So it is with note-taking.

The note-taker spectrum is broad: You might be a distractible doodler, an ambivalent-but-obliged recorder, a hyper-efficient graphomaniac, or a steadfast abstainer. While the devoted declare themselves by proximity to a favorite notebook, the reluctant might log random dates in Notes.

(Almost) regardless of where you fall on the spectrum, note-taking is an important aid to comprehension and a surprising access point to power. You don’t have to adhere to the Cornell Method to gain these benefits. Even if your style is more jot-down-a-word-and-circle-it-three times, project-oriented note-taking serves important functions.

First, note-taking breaks down a subject into its parts, allowing a more intimate approach to analysis: When we take notes, we get a lot closer to our subject.

Second, and counterintuitively, note-taking forces us further from our subject: When we take notes, we insert ourselves between our subject and our sense of our subject. The resulting space offers—and sometimes forces—a broader perspective.

Although note-taking fosters both intimacy and distance, both close comprehension and prodigious perspective-taking, its most crucial function isn’t the taking but the notes.

When we take notes, we accumulate records of the things that mattered enough to us to be retained. Our notebook or app becomes a storehouse of observations to be consulted, used as evidence,  or considered a provocation for current or future work. It doesn’t really matter if the notes are clear or confusing: The simple act of retention invests our fleeting observations with the potential for future meanings.

Consequently, taking and keeping notes is incredibly useful. It’s useful for everyone, but it’s especially useful for those of us working on big or complicated projects. The practice might be an aid to productivity, but it will also provide past evidence for future meanings.

In our workaday professional lives, feedback is a necessary efficiency. It offers an opportunity to put in a targeted effort when it’s still useful to do so. We may grit our teeth and assume a protective position, but we ask for feedback anyway. Perhaps we’ll find our efforts have been sufficient and well-placed, but we know to prepare for the possibility that more, better effort is necessary.

In our writing lives, however, soliciting feedback and critique can feel a bit more impossible. Although writing is a professional pursuit, it often requires intensely personal inputs, not just the proverbial blood, sweat, tears, but also hours of time and muscular effort. When you have tried very hard for a very long time to express a very difficult idea that’s very important to you, it can feel almost dangerous to find out if those efforts have been well placed.

In addition, writers, whether part- or fulltime, nonfiction or fiction, often feel a deep sense of intimacy with their work. Passion projects, career capstones, or manuscripts that have been years in the making are frequently imbued with a writer’s hopes, dreams, and desires. Once a manuscript takes shape, you may feel it contains too much of your essential self to be offered up for critique.

We all know that feedback (almost) always makes its object stronger. This is particularly the case for writing, where feedback can help writers widen the gap between their experiences and their representation.

As previously discussed, this gap is necessary: We want the gap—we need the gap. Without it, our experiences are too insular and singularly referential to be meaningful to others. Feedback can let us know if our writing offers a real and useful guide through our interiority.

Feedback’s value is ultimately universal: It’s (almost) always an aid to efficiency, enabling  that targeted, useful, and necessary effort. Writers may need to assume a protective position and armor themselves, but they should take every opportunity to solicit feedback, too.

For most of my life, I’ve found comfort and catharsis in running. The relentlessness of the pace and its imperative to persist (almost) always help quiet my busy brain.

Like many dedicated runners, I’d always assumed that, sooner or later, I’d run a marathon. For years, I waited for inspiration to strike. When it did—usually while clicking through finish-line pics of exhausted-but-elated marathoners—I expected motivation to follow. But the sustained urge never arrived.

Over time, I upped my mileage, hoping that, eventually, I’d need to, I’d just have to run a marathon. But many miles were logged, and still I failed to feel the urgency commensurate with the goal. It wasn’t until these last months of Covid-provoked upheaval and change passed that I remembered that I can change, too.

Among other experiments, I decided to try a training plan. Which I hated. Change is hard, and new learning curves are often very sharp. The plan insisted on showing me, with spreadsheet severity, that what seemed possible in the abstract was impossible in practice: I couldn’t hit my paces; my watch was constantly disappointed in my efforts; and marathon mileage felt totally out of reach.

I decided I wasn’t going to run a marathon after all—clearly, I wouldn’t be able to, anyway. Instead, I’d just have to work on disciplining myself to the plan, and that would have to be enough.

Many weeks have now passed, and I’ve made that imperfect plan a part of my every day. This is not to say that I hit my paces (I don’t) or that my watch is happy with me (never). But marathon mileage is in reach, and its proximity has given me the motivation, the drive (if not necessarily the need) I passively sought in the past.

What lessons have I drawn from this experience? A few, but among the most meaningfully applicable: The discipline is the goal.

When a goal is too big, or too diffuse, or maybe even too quiet to command attention, a plan to start and a commitment to continue can bring it into view and therefore in reach. I didn’t have to need to or have to run a marathon. I could simply want to, and start from there.

Chuck Close famously observed that “inspiration is for amateurs—the rest of us just show up and get to work.” That’s one way to describe it. But here I think Rilke offers a more philosophical sourcebook: You don’t yet know the answers. That’s okay—you don’t have to. You inhabit your answers by first living your questions.

It might be pointed and concise, florid and lengthy, or a deduction drawn from long silence. But regardless of form, all writers experience, at some point, the pain of rejection.

After submitting a finished manuscript, a lengthy proposal, a thorough accounting of marketability, and an engaging query, authors who receive rejections are unsurprisingly disappointed, confused, and irritated.

But traditional publishers reject manuscripts for a variety of reasons. Publishing is a numbers game, and as such, submission takes on the chanciness of a gamble. Standard metrics are hard to come by, but anecdotal reports from acquisitions editors and agents suggest that traditional publishers accept less than two percent of manuscripts received.

They’re typically rejected because of timing or fit.

Rejection is common, but it’s (obviously, and appropriately), not easy to accept. After the wrenching work of producing a manuscript, rejection sometimes feels like obliteration.

Hedge your bets by producing a strong, complete, and relevant manuscript; researching your publisher’s backlist to determine fit; and articulating your manuscript’s relevance nine to 12 months into the future.

Rejection may require suffering, but suffering can foster endurance. Sometimes, the pain of rejection produces the conditions for acceptance.