Sometimes, the most mundane habits that are the most useful. So it is with note-taking.

(Almost) regardless of where you fall on the spectrum, note-taking is an important aid to comprehension and a surprising access point to power. You don’t have to adhere to the Cornell Method to gain these benefits. Even if your style is more jot-down-a-word-and-circle-it-three times, note-taking can serve important functions.

First, note-taking breaks down a subject into its parts, allowing a more intimate approach to analysis: When we take notes, we get a lot closer to our subject.

Second, note-taking extends our distance to a subject: When we take notes, we insert ourselves between the subject and our sense of the subject. The resulting divide offers—sometimes forces—a broader perspective.

Third, while note-taking enables intimacy and distance, close comprehension and prodigious perspective-taking, its most crucial function isn’t necessarily the taking but the notes. Note-taking is the means by which we accumulate records. A repository of what we noticed stands as a material memory of the things that mattered enough, to us, at least, to be written down.

This is the case whether notes are clear or confusing. Ask any archivist: Notes are observations’ receipts, and those who collect receipts are the record-keepers upon which narrative power depends.

Consequently, taking notes and keeping notes is incredibly useful. It’s useful for everyone, but it’s especially useful for writers and narrators. Start or renew your note-taking efforts by having an always-open doc, always-available app, or always-ready notebook available in which to observe details, retain dates, and manage projects. The practice may act as an aid to productivity, but it will certainly provide past evidence for future meanings. 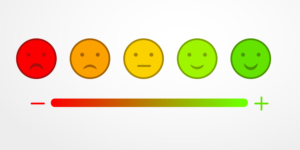 In our workaday professional lives, feedback is a necessary efficiency. It offers an opportunity to put in a targeted effort when it’s still useful to do so. We may grit our teeth and assume a protective position, but we ask for feedback anyway. Perhaps we’ll find our efforts have been sufficient and well-placed, but we know to prepare for the possibility that more, better effort is necessary.

In our writing lives, however, soliciting feedback and critique can feel a bit more impossible. Although writing is a professional pursuit, it often requires intensely personal inputs, not just the proverbial blood, sweat, tears, but also hours of time and muscular effort. When you have tried very hard for a very long time to express a very difficult idea that’s very important to you, it can feel almost dangerous to find out if those efforts have been well placed.

In addition, writers, whether part- or fulltime, nonfiction or fiction, often feel a deep sense of intimacy with their work. Passion projects, career capstones, or manuscripts that have been years in the making are frequently imbued with a writer’s hopes, dreams, and desires. Once a manuscript takes shape, you may feel it contains too much of your essential self to be offered up for critique.

We all know that feedback (almost) always makes its object stronger. This is particularly the case for writing, where feedback can help writers widen the gap between their experiences and their representation.

As previously discussed, this gap is necessary: We want the gap—we need the gap. Without it, our experiences are too insular and singularly referential to be meaningful to others. Feedback can let us know if our writing offers a real and useful guide through our interiority.

Feedback’s value is ultimately universal: It’s (almost) always an aid to efficiency, enabling  that targeted, useful, and necessary effort. Writers may need to assume a protective position and armor themselves, but they should take every opportunity to solicit feedback, too. 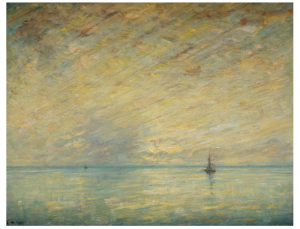 If it’s difficult to accept vulnerability as a precondition of strength, it’s even more difficult to express this acceptance. Few of us want to reveal our weaknesses, particularly weaknesses that have been (and maybe still are) difficult to overcome. For some, however, revelation is a requirement.

Among writers, memoirists face a singular burden of expression. Though their work frequently illustrates triumph in the face of adversity, their expression of vulnerability is often their most effective tool.

For lessons in expression, memoirists can look to fiction writers. The best fiction writers are expert at endowing their characters with the kind of vulnerability that solicits readers’ care. That care fosters a connection–offering insight into weakness and strength that extends beyond the page.

Consider Jo March and her initial rejection of and later regret over Laurie, or Estha and the shame he hides after his encounter with the Orangedrink Lemondrink Man, or Harry Potter and the loneliness contingent on the private pain of his scar. We connect to these characters through their fragility. Their recognizable vulnerability enables us to examine our own.

Unlike fiction writers, however, memoirists don’t have the luxury of distance. The presumption of truth that defines their work ensures any tenderness expressed is their own. Although this provenance raises the stakes, it also raises vulnerability’s value.

Therefore, aspirational memoirists can and should coach themselves to embrace vulnerability’s inherent, etymological power. They should remind themselves that the example of their fragility will inform their depiction of strength, inspiring readers’ connections, motivating their reflection, and perhaps moving them to action.

By viewing their vulnerability as a mirror, a conduit, a facilitator, and a tool, memoirists can generate a power from which readers draw significant courage. The work is not easy, but it’s worth it: Like the very best fiction writers, the best memoirists transform vulnerability into a power so stable it can hold up others. 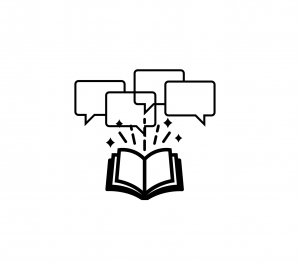 This may be unsurprising, given that physical proximity provides so many opportunities for, and thus expands the time we spend in, conversation (an effect made abundantly clear during the pandemic). More surprising might be the propinquity effect’s relevance to book development.

In my last post, I advised authors with underbaked, underdeveloped manuscripts to take a break. A break aids consolidation, which in turn enables authors to return to work with newly accrued knowledge and a fresher perspective. (Also, sometimes it just feels good to take a break, even if we don’t want to or don’t feel like we deserve to.)

By making the most of propinquity, authors enlarge their perspective and view their work’s particular qualities and strengths more critically. This not only  benefits their manuscript, it also helps refine extratexual efforts such as query letters or marketing materials.

In fact, the propinquity effect should be considered an incentive for taking a break. Authors may benefit from a pause in their work, but their manuscripts benefit when authors develop the connections between their manuscript and proximate titles.

Like any craft, developmental editing is aided, and sometimes limited, by the tools of its trade. As a freelance developmental editor, I use Google Docs, the MS Office Suite, Adobe InDesign, and a number of client-based content management systems.

Although Docs is popular with my clients because of its promised collaborative potential, its tools aren’t well suited to projects with a long timeline, or (from my perspective) multiple readers. MS Word can also be maddening: Its nonembedded fonts, nonuniversal autoformatting features, and processing limitations on long docs with tracked changes can pose annoying obstacles to efficiency.

But Word is still more navigable than Google Docs, as I’ve written about before, and it more capably and more transparently (with the right tools) handles long dialogic projects.

InDesign offers another programmatic tool, but it typically applies to typeset projects, or projects in which interior layout design has already been applied. It is seldom flexible or navigable enough for early-stage work. Although I sometimes work in InDesign, designers and proofreaders work there much more frequently and efficiently.

Excel, on the other hand, is crucial for tracking word counts and other project details, and for informing client content-management platforms. I augment it with a trusty shareable, interactive calendar (Google or otherwise), and a synced cloud-based folder.

Developmental editors are a lot like project managers. Both plan, facilitate, and manage execution, and both simultaneously attend to micro, macro, and meta perspectives. The right (or right-enough) tools make such attention possible.

“Intimacy” is a somewhat extreme word to use in reference to an argument-driven manuscript, but most authors are well aware that writing requires a teeth-gnashing, garment-rending, hair-tearing effort. And even if it doesn’t inspire self-inflicted figurative violence, good writing depends on attention, care, and time. It therefore represents and reflects fundamental truths, maybe about the world at large, but most definitely about the world within the writer, and the world within their work.

A developmental editor extends the writer’s attention, care, and time—but also stages an intervention. This is necessary because intimacy, while it brings us closer and more deeply into our work, narrows our field of vision. To make use of its potential value, we must adopt the meta-perspective that enables us to see both the benefits and the drawbacks of closeness.

Helping writers acquire this perspective is the developmental editor’s job. We insert ourselves into an extant intimate conversation, using tools to structure the intimacy and make it more meaningful.

As indicated in a previous post, the developmental work I do begins and ends in conversation.

Prospective authors schedule a 30-minute intake call on my calendar, and we talk about their project, timeline, and goals. During our call, I’m hoping to establish a connection, but I’m also hoping to determine fit.

If my skill set doesn’t fit an author’s needs—maybe an author seeks a straightforward proofread or requires a too-tight timeline—I will typically encourage a visit to the Editorial Freelancers Association job board.

Other times, however, the fit feels right, and our conversation becomes a lot more interesting.

The conversation begins with an author articulating their extratextual focus, providing answers or ruminations to questions such as the following: What is your book’s message? Who wants or needs to hear it? Why does this audience want or need to hear it, and what will they gain from it? What do you want out of the book publication process (in terms of number of books sold, but also in terms of legacy)? How do you want to be introduced to others five years from now?

Once I understand these answers, we turn to the manuscript and extend the conversation. 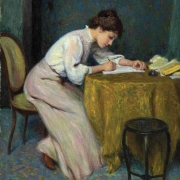 Like other Minnesotans, I’m not as much out in the world these days. When I venture into public, it’s usually to run to the grocery store, where masks make idle chit-chat feel positively furtive.

Now, when I’m asked what it is I do, exactly, it’s not in casual conversation but when describing my services–their use and their potential value–to prospective clients. In these conversations, I’m typically describing developmental editing, my most popular service for writers and publishers.

A developmental editor is a big-picture editor who helps strengthen a manuscript’s focus and structure. Most developmental editors (or at least this one) offer hands-on substantive support, including reverse outlines, sample sentences and paragraphs, and quick-and-dirty lessons on grammar or syntax.

My developmental work is informed by a bifurcated sense of focus, in both textual and extratextual terms. Textual focus refers, of course, to the clarity and persistence of subject-specific investigation. For example, if I’m working with a self-help or how-to book, I’m assessing it for focus on a clear, replicable process.

Extratextual refers to something a bit different, but something that often proves crucial to the success of a final project: This is the triangulation of a writer’s message, audience, and goals.

Frequently, when a book lacks textual focus, the blurred lines are a consequence of a lack of extratextual lucidity. Accordingly, my developmental services frequently begin with a series of phone calls to discuss a writer’s sense of alignment among message, audience, and goal.

These conversations are a big help to me because I can capture a writer’s rhythm and cadence, which often invaluably informs my developmental work. They also set in motion the deeper, more intense, and ongoing conversation that constitutes a major part of the developmental edit.