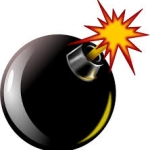 We’re writing under a NWO here in Minnesota…and everywhere else. Schools are closed, and events, bars, restaurants, cafes, clubs, and anyplace else people want to congregate, are cancelled or shut down to flatten the COVID-19 curve.

It’s a new normal that can be hard to process in the permanent now of Twitter’s micro-moods. Some of us (or just me) are swinging between a fight-or-flight response to the immediate crisis and the more considered calm required to take care—of ourselves, our families, our communities, our jobs.

In this case, taking care may mean thinking through—like thinking through the consequences of choices about self-quarantining, social distancing, and vector-stymying so that we can take care of ourselves and each other.

But we can also take care by thinking through seemingly less impactful choices, like the words we use.

Because language is an everyday modus operandi, words sometimes feel arbitrary and unimportant. But even in their apparent meaningless (see Molly Young’s expose of garbage language, Mark Morgioni’s defense, and George Orwell’s 1946 anticipation of the same), words carry political implications.

The words of the pandemic, for example, have been shaped into weaponry for deployment in infectious warfare. Over the years (errr, likely throughout the history of language), war metaphors have been dulled by overuse. But such metaphors still signal the scale of struggle and the unity required to face and fight a common enemy.

Often, the referent makes the difference: When the federal administration chooses to refer to the coronavirus or COVID-19 as the “Chinese virus,” for example, it matters. An enemy called COVID-19, for example, requires armament in kind: masks, tests, hospital beds, a systemic and coordinated frontline—and rearguard—response. Since we know we don’t yet have these weapons in effective numbers, we know we cannot effectively fight this enemy.

An enemy called the “Chinese virus,” on the other hand, diverts attention from the weapons we don’t have (and why) by modifying virality with origins. It unifies an “us” against a foreign invader, and signals the need for weaponry of a different order (such as the border closures President Trump indicates have aided the fight). In this way, the racism contingent on and inherent to the distinction may not be considered by its users to be a symptom but salutary.

The challenges inherent to naming diseases are significant: Just ask the WHO. Yet, because language is not “a natural growth” but, as Orwell argued, “an instrument which we shape for our own purposes,” we should take care to think these challenges through. Our words won’t keep us safe from COVID-19, but they can make a difference in how and where we focus the fight.