​Bad Blood: Secrets and Lies in a Silicon Valley Startup
by John Carreyrou 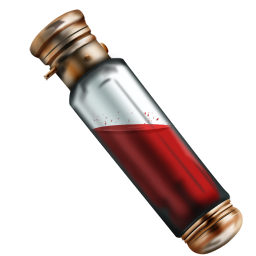 ​If you haven’t followed the story of rogue startup founder Elizabeth Holmes, you won’t regret time spent googling. Holmes was a darling of Silicon Valley, propelled to media stardom (and billionaire status) in short order after the launch of Theranos, which offered seemingly game-changing blood testing technology. The Theranos device, with which the company claimed to be able to use just one drop of blood to obtain results for hundreds of tests, was long on inspired promises and appallingly short on results. Simply put, it was an utter failure.

Nonetheless, Holmes successfully cultivated a cast of supporters including giants from industry, finance, and politics. Theranos negotiated multi-million-dollar deals with Walgreens and Safeway, and saw interest from the U.S. military—all based on the smoke screens that Holmes and her boyfriend/COO (that’s right) Sunny Balwani created.

In Bad Blood, John Carreyrou, the Wall Street Journalinvestigative journalist who broke the story, pieces together the company’s rise and details its fall. Carreyrou offers a fascinating glimpse into the ugliness of Silicon Valley, where ethical and financial recklessness (to the point of criminality) is enabled by the cult-of-personality mystique that surrounds successful founders.

What’s not clear from Carreyrou’s exacting reportage is HOW IN THE HELL Holmes was able to take in so many people (and their many millions of dollars). Her device neverworked. Her grasp of the science behind her own technology, as many former employees report, was tenuous at best. The lies and false evidence used to promote the company—which was unable to deliver on any of its promises—were flimsy to the point of laughability. And yet tech gurus, billionaire venture capitalists, and world leaders were utterly fleeced.

Carreyrou tells a fascinating story, and his reportage shines is in the latter third of the book, when he details his own investigation and the subsequent undoing of the company (in the wake of the book’s publication, Theranos announcedthat it would dissolve after Holmes was indicted for fraud). But the story is missing certain pieces—namely, Holmes herself. The book’s insight into Holmes doesn’t go much further than the image that she strove to perpetuate, though her worship of Steve Jobs, down to her adoption of his signature sartorial style, comes across as almost childlike. Holmes and Balwani (who seems to be just as obvious a charlatan) remain complete ciphers throughout the telling.

This lack is perhaps expected, given that Holmes refused every request Carreyrou made for interviews or access of any sort. It’s a work of investigative journalism after all, so there’s no room for speculation or creative filling-in-the-blanks.

Nonetheless, the story of howshe was able to build the empire she did on so flimsy a technological pretense is what’s missing. It clearly depended on the force of her personality; but in Carreyrou’s rendering, Holmes comes across as little more than an egomaniacal, ruthless bully. And whatever deep passion that motivated her blind (and seemingly sociopathic) promotion of herself and her company goes unexplored and unexplained, as does her willingness to literally put lives at risk with her fake device. Novel addict that I am, I wanted more of the latent narrative about Holmes the person. I guess I’ll have to wait for the Netflix version of the Theranos story for that.
October 22, 2018/by Molly Gage
https://www.modernwritingservices.com/wp-content/uploads/2020/11/mws_logo_lockup2-1-1030x220.png 0 0 Molly Gage https://www.modernwritingservices.com/wp-content/uploads/2020/11/mws_logo_lockup2-1-1030x220.png Molly Gage2018-10-22 00:00:002020-01-14 20:12:2121st-Century Rogue (A Book Review)
Infinite Cage Match: Word Vs. DocsCollaboration Is Not a Four-Letter Word (or, How to Still Like Your Colleagues...
Scroll to top