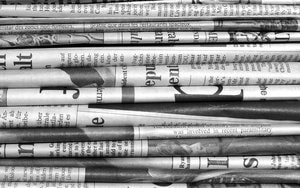 Writing is an extension of your voice. You may not always think about it that way, but every time you put fingers to keyboard, you’re conveying information and communicating something about who you are (even when “who you are” is “someone who uses Gmail autoresponses”).

The best LTEs are the published ones, so follow the rules to get yours read:


While some of us rely on the power of the pen too frequently (guilty!), others seldom make use of its persuasive potential. In an unsurprising twist, this is especially the case for women. The New York Times editorial page recently addressed its gender disparity after reader and PhD candidate Kimberly Probolus wrote in both to persuade women to write more LTEs and to ask for institutional change.

The editors responded to Probolus’s letter by pledging to do better (maybe they’ll follow Ed Yong‘s protocol, as narrated in The Atlantic). The editors also asked women (and others who feel underrepresented) to write in and indicated they would begin to cull letters from a wider variety of outlets.

So, women, if there’s an issue in your community that you care about, if your local paper covers a topic but leaves out the most important parts, if an article fails to make clear to readers the ramifications of a congressperson’s political stance, LTEs offer you an opportunity to flex your informed muscle.

Letters to the editor speak to the issues that matter: You don’t have to be an “activist” or an “advocate” to write one. You don’t even have to be a “writer” (or a man). You just have to be willing to use your voice.