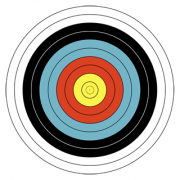 It’s possible that a fantasy rooted in violent American myth is the most effective way to communicate federal policy informed by white supremacy. But we must recognize its use as a weapon that damages our shared reality. It’s not “just words” when it perpetuates a warrior worldview: It’s actionable, fostering systemic division and the violence attendant to it.