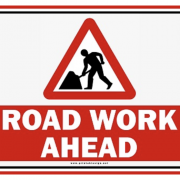 Books are big projects. They require time and effort and can be consequently quite difficult to complete. Many (many) writers have to work hard just to make the time that allows us to put forth the effort.

Instead, it’s usually the beginning of implementing the big changes that move a draft from finished to accepted. Big changes are often suggested by critical readers, developmental editors, or hands-on agents and often include the following:

Suggestions like these can feel big—too big. It can be overwhelming and demoralizing for authors to realize that their manuscript requires even more time and effort for completion.

But big changes don’t always translate to big effort. Revision, even major revision, is far easier to complete than the hard labor of producing the draft.

In the same way that carving a stone is challenging, while mining stone is backbreaking, shaping a draft into manuscript form is part of the process of artistry. Once the backbreaking work of creation is finished, refinement often feels like relief.

Authors asked to implement big changes can take heart: The request is often a testament to the reader’s confidence in the author’s craft.